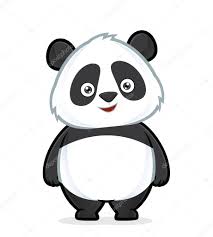 The scale of China's over-crediting is alarming, because the debt model of development in China works until the flywheel is actively spinning, that is, while there is GDP growth by 6-8%, industrial production and consumer demand growth by 8-10%.

As long as business revenues, government and household incomes are growing, this makes it possible to hide inefficiencies on the trajectory of extreme debt growth, but it is worth stopping and problems may begin.

2021 was a successful year for China (growth of 8%) due to the export part of the economy as part of the implementation of unsecured demand in developed countries after the scattering of “helicopter money”, especially in the USA.

2022 will be very weak for China - no more than 3% economic growth, not counting 2020, this will be the lowest growth rate in 50 years. The weakness of the economy is due to the undermining of the foundations of growth and development in China since 2009, which has become domestic consumer demand and bet on the creation of a middle class.

The ongoing COVID terror has shattered the fragile fabric of the consumer economy, and the export segment has begun to slow sharply as demand cools in developed countries as helicopter money and QE shut down.

The problems did not start in 2020, but earlier as the base effect grew and technological, resource and labor connectivity constraints were reached.

The economic structure of China until 2009 was based on export orientation and saturation of the domestic production cluster with foreign technologies and consultants.

Essentially, China got everything it needed to get from the Western capitalist system. China has gained markets, technologies, experience in creating advanced products and developed industrial clusters. Not all Asian countries were able to take advantage of this opportunity, but China was.

In 2004, China focused on the development of its own technologies, subsidizing companies in the high-tech segment and very actively creating scientific schools, research centers, developing fundamental and applied science.

The first visible results began to appear in 2009 (it took about 5 years). Since then, there has been a fundamental change in China's foreign policy orientation and economic policy architecture.

The pace of globalization, cross-border capital flows and world trade has slowed down sharply, and has stopped in key positions since 2009. China has taken a very right and wise step, abandoning the bet on globalization to the development of the domestic economy.

Since 2009, China has been completely absorbed in the development of the domestic consumer economy, technology, infrastructure and real estate.

Growth was both extensive and intensive on all fronts. The results are phenomenal. 8 years later (in 2017) after changing the economic concept, China was able to compete on an equal footing with the world's leading high-tech flagships (Apple and Samsung).

Since 2017, a new stage in the development of China has begun. Cutting off technological and commercial ties with Western countries and the sovereignization of technologies with the creation of full-cycle production.

The accumulated industrial potential of 25 years, the trained working class and engineering staff, the huge domestic sales market and the super-aggressive development of technology have helped to achieve success in this direction.

All this is just an introductory part for future research on the Chinese economy. it is not only a powerful alternative center of power within the framework of the “West vs East” concept, but also huge, fundamental internal problems with debt sustainability and critical overproduction in many areas. The debt crisis and the real estate market confirm this.