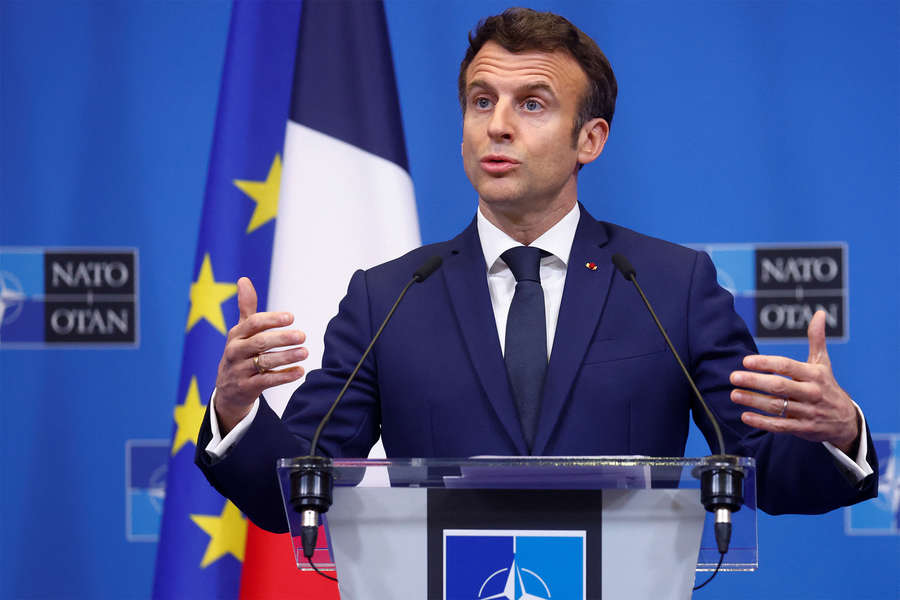 The trade deficit of the EU countries over the past three months is some kind of hell. From April to June 2022, the EU trade deficit for non-EU trading partners was a record €117 billion.

Eurostat calculated trade balance data for all EU countries for June, and not just for the largest (https://t.me/spydell_finance/1662).

The data for the last 12 months is not indicative, because degradation began from November 2021, sharply increasing from January 2022, turning into a steep collapse from March 2022. From January to June 2022, the trade deficit amounted to over €200 billion, which is 3-4 times higher than in 2007-2009.

It is also worth noting the prohibitive deficit with China. If everything is clear with the exporters of raw materials, then with China it is different - this is a pure cut of the neglected imbalances in Europe in all aspects, where the industry is already coming to the fore and the excess of stimulus funds on the other hand.

Exports from the EU to China barely grew in a year, while imports from China grew by an incredible 55%, creating a deficit of 30-33 billion euros, or 190 billion in half a year. Thus, China alone formed 95% of the EU's global deficit with the outside world.

Russia has so far managed to actively pump out financial resources from the EU. The trade surplus of Russia and the EU-27 countries is still at its historical maximum.

Rosstat and the Federal Customs Service have not published trade statistics since March, so the only way to assess trade flows is through the mirror customs statistics of Russia's main trading partners.

Imports from Russia to the EU are very high by historical standards - at the level of peak indicators in 2012-2014, and, for example, before the energy crisis from 2019 to September 2021, the average monthly volume of imports was 10.6 billion euros.

Exports from the EU-27 to Russia are gradually increasing, which indicates the normalization and adaptation of trade to the new realities of sanctions. The trade shutdown was only in the first two months after the NWO, when exports from the EU to Russia fell from €7.4bn in February to €3.9bn in March and €2.9bn in April, then rising to €3.9bn and €4.6bn in June 2022. The average monthly value of exports in 2021 was €7.4 billion, and in 2012-2013 an average of €9.4 billion.

Ukrainian phenomenon. Exports from the EU to Ukraine reached an all-time high of almost 3 billion euros per month in June 2022, i.e. Ukraine consumes an unprecedentedly large amount of goods from the EU (only 1.5 times less than Russia in monetary terms and 3.2 times more per capita among those who still remain in Ukraine). Absurd? What more!

At the same time, Ukrainian exports to the EU (or imports from Ukraine to the EU-27 countries on the chart) recovered half of the March-April failure.

The entire increase in Ukrainian exports is due to 30% raw materials of plant and animal origin (mainly wheat) and 70% to other raw materials, with the exception of oil, gas and coal (70%), i.e. These are mainly metals and wood.

The whole idiocy of the situation is that the trade flows of the EU and Ukraine do not show at all that all these full-scale military events are taking place in Ukraine.

Military equipment and supplies that are supplied from the US and the EU go through other (military) channels - outside the customs structures and are not included in the statistics.

Trade deficit Ukraine-EU up to 850 million euros per month. Before the NWO, such a deficit was indigestible, and now even more so.

In all this statistical idiocy, the only question that interests me is where does the money come from in a dead economy and disrupted logistics, production and financial flows?

Obviously, there is no answer to this, but there is a hypothesis - trade loans and direct targeted subsidies from the EU and the USA. The scale has yet to be assessed...