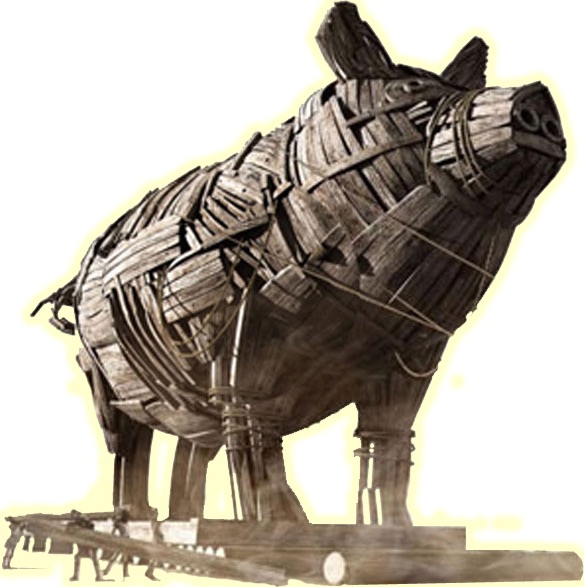 While Ukraine is trying to join the EU, the concentration of contradictions in this EU is so great that the probability of the existence of the EU in its current form is sharply reduced in the medium term, given the accumulated imbalances in the system.

The main vulnerability in the EU architecture itself, which does not allow stress relief in the system. The growth of entropy under these conditions is inevitable.

The functional principle of the EU is to legislate the supremacy of EU law over the norms of national legislation. It is important to understand that the rules of the national law of the EU Member States must not contradict the rules of the EU law. Without going into the legal specifics of European legislation, the harmonization of primary and secondary law, I will try to immediately go to the heart of the matter.

Germany operates at a persistently high surplus (operated), while peripheral countries are predominantly in deficit. Logically similar examples can be given in terms of industrial, energy structure and other aspects of the economic and social differentiation of countries.

The EU unifies legislation in almost all key aspects. Legislation and, most importantly, the architecture of the EU forms the de facto direction of the foreign policy of the countries that are members of the EU, as a result, it splits the sovereignty in the military aspect.

▪️The EU forms industrial standards and indirectly industrial policy,
▪️The EU directly influences energy policy through environmental standards.
▪️Shapes judicial practice and measures in the field of justice.
▪️Completely subordinates international agreements concluded by the EU, as well as agreements concluded between EU member states within the competence of the EU.
▪️Through the declarations and resolutions adopted by the EU, there is a direct impact on the economic policies of countries, including food policy.
▪️The core of the contradictions in the EU is, of course, migration policy, which can be talked about endlessly.
▪️Eurozone countries also have a unified monetary policy.

Thus, all the key aspects that determine sovereignty - the monetary system, foreign policy and military issues, further migration, industrial, energy and food policies are at the supranational level.

Members of the EU cannot directly influence this. In fact, the main beneficiaries of the EU, represented by Germany and France, are building donors around themselves to the detriment of their development.

Therefore, we are approaching a political crisis in the EU, which is superimposed on a structural crisis of internal insoluble contradictions.

The EU is an analogue of the USSR 2.0, but even more ponderous and bureaucratic, but if the USSR tried to normalize politics for the uniform development of the periphery, the opposite is true in the EU - there is a wild centralization around the core of the system.

The system is heavy, inert, unfolds slowly, imbalances and contradictions accumulate over the years. What we have come to is a consequence of the flawed architecture of the EU, which minimizes the room for maneuver, usurping absolute power over countries through supranational institutions.

All this is inevitable; they decided to unite too different countries in structure into a single bloc, which, although it has pluses, outweighs the minuses.

If Ukraine seriously wants to enter this black hole, giving away the remnants of what was taken from them back in 2014, they are complete idiots.

I see the collapse of the EU as a natural course of events. The energy and food crisis is the most important trigger that will expose the bitterness of the migration crisis, superimposed on the depletion of the debt crisis.