The strongest contraction in gas demand in Europe 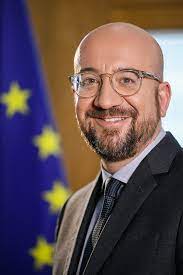 According to operational data, Europe is actively deindustrializing as part of the struggle for an energy balance. Cumulative gas consumption across all EU-27 countries in November 2022 decreased by 23% from the average November level in 2019-2021, which is the strongest reduction in demand in modern history according to Bruegel.

The leaders in the decline in gas demand are Finland (minus 53% in January-November) and the Baltic States (Latvia, Lithuania and Estonia), which reduced consumption by 27-30%, and by November reached a demand contraction of half of the average level of 2019- 2021.

In principle, they are overfulfilling the agreed EU plan for a forced reduction of 15%.

Rather, it is not the directive measures of the EU that work here, but the economy. Gas prices have risen so much that the profitability of production becomes negative, therefore, it is not coercive administrative measures that work, but exclusively market ones.

If gas bills have grown by 4-6 times compared to last year, everything will happen naturally, even directives do not need to be introduced. The most vulnerable: petrochemistry, chemistry, metallurgy, production of building materials, fertilizer production, and so on.

Industry statistics for November should be devastating, because. the main effect of the contraction in demand began in October and continues to the present.